As always, the SEC was well-represented in the NFL draft. The graph below shows how each SEC player was drafted relative to their Composite rating coming out of high school.

The Y-axis is draft points. Each player was given 100 points for the round in which they were drafted and 1 point for order within that round. For example, Joe Burrow was drafted in the first round (100 points) and was selected 1st in that round (1 point) for a total of 101 points. Fewer points obviously means a higher draft pick.

The x-axis is the player’s composite rating. The quadrants are created by averages of both axes. Quadrants are labeled 1 through 4, starting on the upper left and working clockwise from there.

Most of the players (39.7%) fell into Q3, which is good. Overall, the Composite ratings were a pretty good indicator if a player would live up to their draft potential for SEC teams with an accuracy of 63.5%.

To no one’s surprise, LSU was a draft-day winner. They had 14 players drafted and on average went in the 3rd round. Alabama was very impressive.

The SEC had a lot of defensive linemen drafted and drafted highly. Pretty impressive.

Below is a list of all the SEC players drafted and their relevant info. The distance score is a player’s standardized draft points subtracted from their standardized composite rating. This metric was calculated to see just how far or near a player’s draft position matched his composite rating. A negative score indicates some level of overachieving, a positive score is the opposite (underachieving), and a score close to zero indicates the player pretty much got drafted as expected. 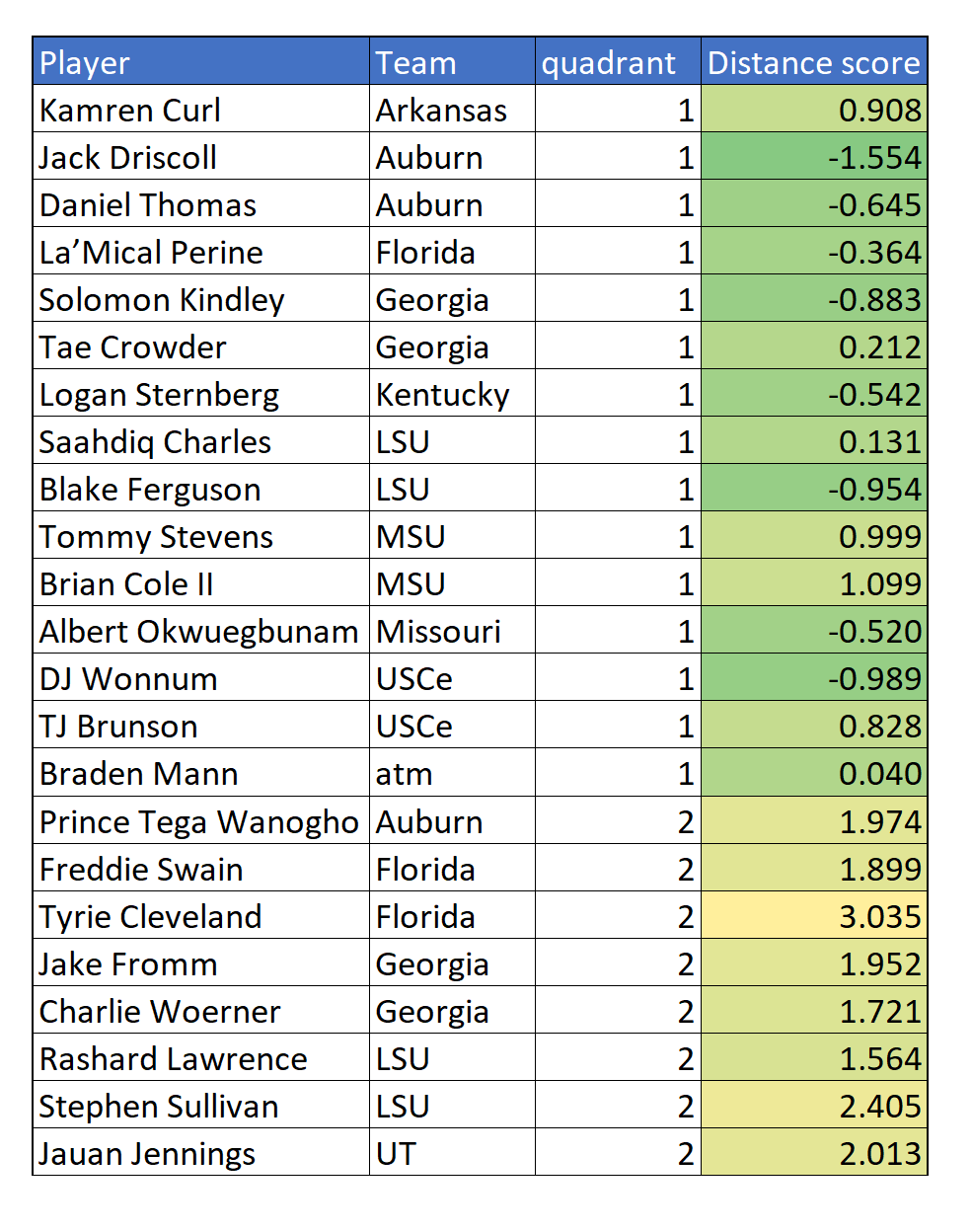 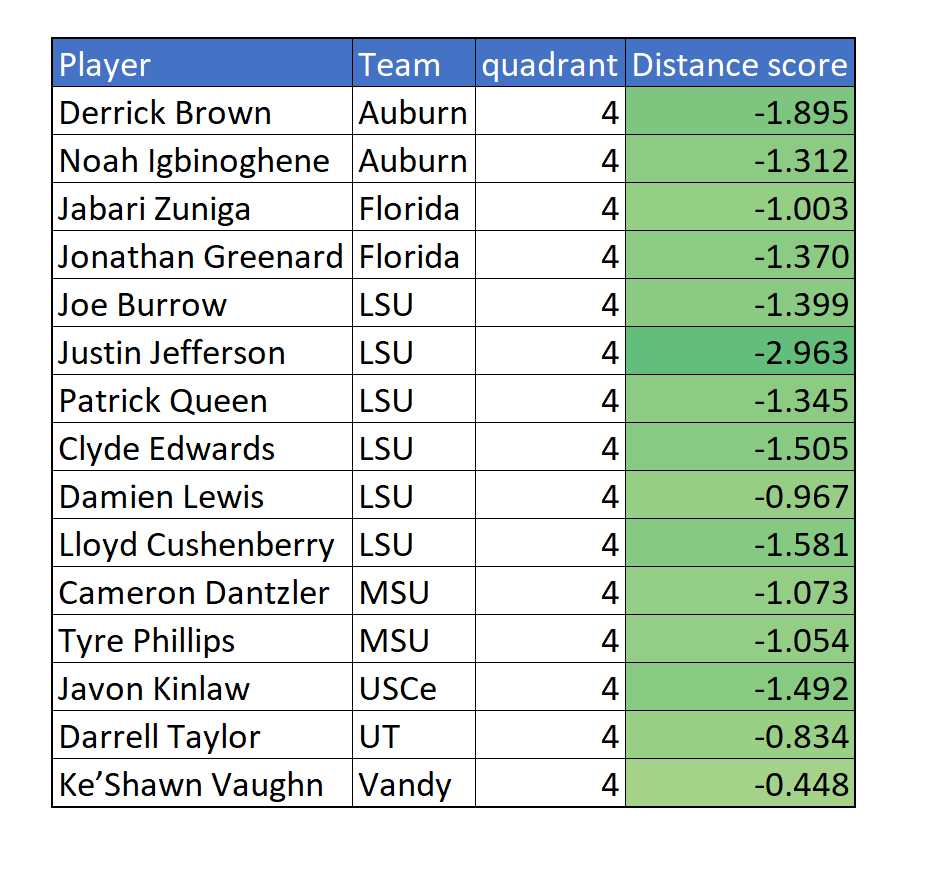 As always, if you see any errors, just let me know so I can fix them.